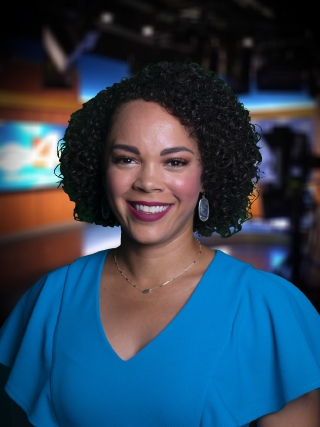 Nicole is an award winning journalist who was born and raised in Houston.

At St. Thomas, Nicole joined the Communication and Psychology National Honors Society, served as the vice president of Student Government Association, coached the University of St. Thomas cheerleaders and became president of the university's Presidential Ambassadors program. She was named Woman of the Year in 2012.

During her internships, Nicole discovered that television is where she needed to be. She feels passionate about helping others through her reporting and making their voices heard.

Nicole began her reporting and anchoring career in Victoria, Texas, where she was hired as the weekend anchor and multi-media journalist. Nicole worked in Victoria for almost two years.

While working in Victoria, she reported on a story about a gay couple that was kicked out of a country western bar. The story received national attention, and major news outlets, including CNN, covered the incident.

In August 2014, her story was awarded the Excellence in Local Television Award by the National Lesbian and Gay Journalists Association.

In Victoria, Nicole was also the morning show co-host for the top radio station in Victoria, Hit Radio 104.7.

Nicole is also a first-degree black belt in Chun Kuk Do and has won several awards, including state and city championships. She has also had the pleasure of teaching karate to adults and children.

In 2009, Nicole was named Miss Black Teen Texas USA. She is also a former Houston Texans cheerleader. She served as a captain and went on a military tour to Japan her second year.